Understanding the needs of military veterans

The Armed Forces is something that is close to the hearts of many of Novum Law’s employees, particularly as we are close to so many military bases with a proud military history.

But for Rebecca Brisley, an Associate Solicitor from our Plymouth team, our connection to the military is especially poignant because she is married to a former Royal Marine. 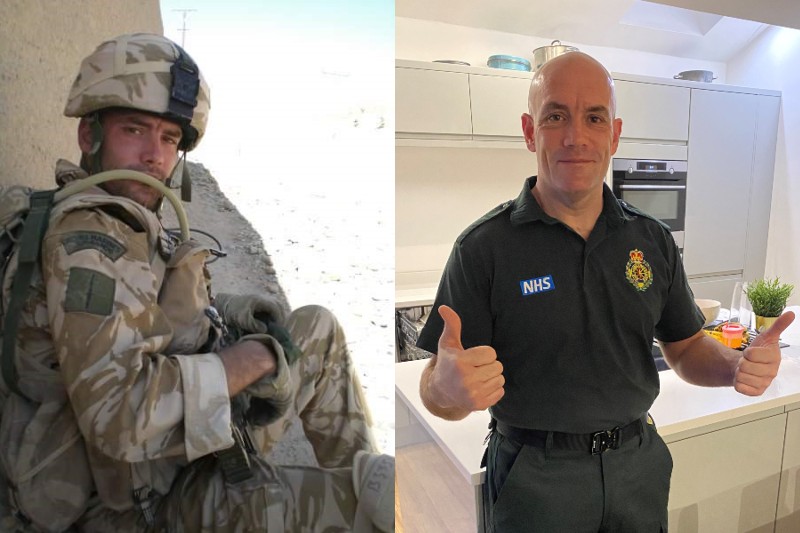 Rebecca recently spoke from the heart about her husband Anthony’s experiences leaving the Royal Marines after a 22-year career and the challenges of making the transition to ‘Civvy Street.’ She explains:

“Anthony retired in 2018 after reaching the rank of Warrant Officer Class 2. He spent time in Northern Ireland, Sierra Leone, Oman, and Afghanistan during his time in service alongside periods of time at Commando Training Centre in Lympstone as a Drill Instructor.

On retirement, Anthony felt strongly that he wanted to be his own boss, and so undertook an NVQ in bricklaying. He spent a year working as a labourer on site before starting his own general building business.

However, working alone took its toll on him mentally after having spent his whole adult career working as part of one of the best and most elite teams of people in the world.

He then had an opportunity to purchase a franchise, and so he went on to build another business from scratch, but unfortunately, the same sense of loneliness hit, and he made the decision to sell the franchise on.

It had been suggested by a family member, when Anthony retired, that he consider training to become a paramedic, but Anthony wanted to leave the Corps and make money and to do that he felt that he needed to be self-employed.

Fast forward 4 years and Anthony has just started his new journey as an Emergency Care Assistant for the South West Ambulance Service.

While the wages do not come close to the money that can be earned in the building trade, Anthony felt strongly that he wanted to put a uniform back on and give back to his community once again.

He now has a job with a slightly different green uniform, but one with a huge sense of fulfilment. He has missed being part of something bigger than himself and despite the fact that he has amazing support from family and friends, is in good health and has two beautiful daughters, he has struggled since leaving the military behind.

I am incredibly proud of Anthony and what he has achieved throughout his working life. It is okay to struggle, even in your 40’s, until you find that thing that lights your fire. Life is about more than just making money – it is about being part of something bigger than yourself.

Military veterans really have to dig deep to find that new identity and often that is a real challenge.  The journey for Anthony has been incredibly hard, and he has struggled, but he has persevered in the face of adversity.  We all couldn’t be prouder of him.”

Novum Law recently signed up to the Armed Forces Covenant which aims to remove barriers faced by members of the armed forces community in accessing public services.

The pledge acknowledges that those who serve or who have served in the armed forces, including regulars and reservists and their families, should be treated with fairness and respect in their communities, the economy and in society.

Here at Novum Law, we understand the needs of our veterans and serving members of the British Armed Forces. We fully appreciate there are struggles that are unique to any serving member of the military, and the veteran community, and we are committed to championing our Armed Forces community as best we can.

If you have been injured in a military accident while serving in any capacity in the Army, Navy, RAF, or Special Forces, you may be able to claim compensation. You could also claim if you were injured while serving in the Army Reserve (Territorial Army), Navy Reserve or RAF Reserve.

Our team can advise on the various options for securing compensation, including applications to the Armed Forces Compensation Scheme and the War Pension Scheme, as well as civil claims against the Ministry of Defence. We offer No Win No Fee funding, meaning you can make a military injury compensation claim with no financial risk or hidden costs.

Can I make a claim if my child is seriously injured at school?

We all want our children to be safe and well while they are in the care of others, and nowhere is that more important than when they are at school....

A recent report has found that there is still more work to be done to improve the care and treatment for mesothelioma patients in the healthcare system. The report, called...