Rise in the number of drink drive accidents

Last month, the Department for Transport published provisional estimates for drink drive crashes and casualties in Great Britain in 2018.

The figure show that an estimated 8,700 people were killed or injured in crashes involving at least one drink driver, an increase of 1% from 8,600 in 2017.

The number of people killed in crashes where one driver was over the drink drive limit is, however, estimated to have fallen by 4% reaching a central estimate of 240 down from 250 in 2017.

According to Brake, the road safety charity, these figures come at a time when England and Wales now stand alone with the highest drink drive limit in the whole of Europe at 0.8mg of alcohol in 100ml of blood.

Malta, who previously had the joint highest drink drive limit, lowered it to 0.5mg of alcohol in 100ml per litre of blood in 2018.

As a result, Brake is calling on the Government to lower the drink drive limit in England and Wales and to go one step further by implementing an effective zero tolerance on drink-driving.

Josh Harris, director of campaigns for Brake, said: “With thousands of people still being killed and injured at the hands of drink-drivers every year and little sign of this situation improving, decisive action needs to be taken. We’re calling on the Government to lower the limit and implement an effective zero tolerance on drink-driving, making clear to drivers that when you’re behind the wheel, not a drop of alcohol is safe.

“We need to change the culture around drink driving and that starts with changing a limit which gives a false impression that it is acceptable to mix alcohol and driving – this couldn’t be further from the truth. Even very small amounts of alcohol dramatically affect your ability to drive safely and the law should reflect this reality.”

Brake reports that on average, five people die every day on roads in Great Britain and countless more are seriously injured.

Worrying still, 24,831 road users suffered serious injuries in 2017, which rose to 25,511 in 2018. The vast majority of English road user deaths in 2017 happened in the south-east, while road users in the north-east of England were less likely die*.

If you have been involved in a serious crash caused by someone else’s mistakes or negligence (for example, drink driving, using excessive speeds or driving without due care and attention) you may be able to make a personal injury compensation claim.

Even if you’re in an accident with an uninsured road user, a specialist solicitor may be able to secure compensation for your losses through the Motor Insurance Bureau.

To find out more about making a road traffic accident claim and to get free, no-obligation advice, call Freephone 0800 884 0777 or email: info@novumlaw.com. 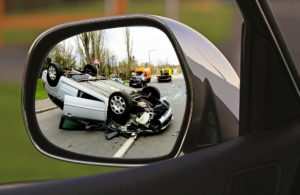