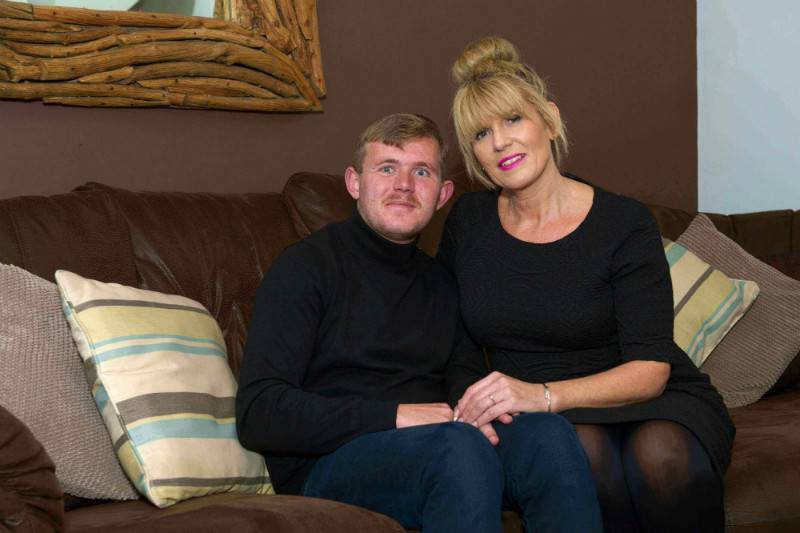 A young Dorset man, Ben Ridd, who suffered a severe traumatic brain injury after a devastating powerboat accident during a competition organised by the Royal Yachting Association in Portland Harbour, Dorset in June 2005, when he was aged just 13 years old, has received £5.5 million in damages following a long, hard legal battle for compensation.

Ben was navigating a power boat being driven by a 10 year old with limited racing experience when his boat ‘hooked’ as the young driver tried to make the first turn on the course, causing the boat to come to a complete halt. A boat directly behind Ben’s – again being driven by an inexperienced youngster, aged 11 years – ploughed into the port side of Ben’s boat, striking him hard on the head and fracturing his skull.

Ben’s helmet, which was knocked off by the force of the collision, was retrieved from the sea a short distance away. A paramedic was quickly on the scene administering CPR on the boat and Ben was then airlifted by a Coast Guard helicopter to Dorchester Hospital and transferred to the Wessex Neurological Centre at Southampton General Hospital where he lay in a coma for three weeks.

Ben sustained massive haemorrhaging in his brain, a broken collarbone and a T9 fracture to the spine and has been left with a considerable neuropsychological disorder, including learning difficulties, disinhibition, speech and swallowing disorders, a disabling weakness down the left hand-side of his body – injuries he will never fully recover from.

Ben’s case was initially handled by local solicitors but was then transferred to Novum Law who are experts in dealing with catastrophic and severe traumatic brain injuries.  The defendant – the Royal Yachting Society – refused to admit liability for the serious accident for over 7 years, resulting in a great deal of additional– pressure on Ben and his family who had provided constant support since the accident. As there was no provision of interim funds until late 2012 there was a significant delay in him Ben receiving the vital therapy, rehabilitation and neuropsychological support he so badly needed. Prior to securing funds to implement a suitable care regime, he spent a great deal of time on his own or engaged in very limited activities and there was a lack of structure and purpose to his life.

Novum Law, expert personal injury lawyers specialising in complex brain and catastrophic injury, were recommended to the family and at last progress was made. Kim Chamberlain, Associate Solicitor at Novum Law and her team, succeeded in obtaining an admission of liability and in obtaining   interim payments to fund his rehabilitation and support programme.

Kim Chamberlain said: “Achieving this award marks the beginning of a new chapter for Ben and his family; bringing to an end what has been an extraordinarily difficult nine and a half years for them all.

“It has been a lengthy battle to obtain a just settlement for Ben who requires support and rehabilitation for the remainder of his life due to his catastrophic injuries. There have been constant challenges throughout the life of this case and it is regretful that the Royal Yachting Association refused, for over 7 years, to admit liability for this devastating powerboat accident.

“Ben suffered serious life-threatening injuries and almost lost his life. That refusal to admit liability meant that for many years, Ben did not have access to the specialist therapies, rehabilitation and support he desperately needed to enable Ben and his family to move on with their lives, adding to the ordeal already faced by him and his family.

“I am extremely pleased and reassured to know that Ben now has the security to meet his needs, allowing him to move forward and face the future with renewed confidence.”

Leanne Ridd, Ben’s Mum, commented: “Our son has demonstrated amazing fortitude and courage since his accident and amazed us all. He is determined to be as independent as his injuries allow him to be. With the assistance of his clinical team, he now volunteers at a local charity shop in Poole several times a week and is an avid Bournemouth FC fan attending many home and away games. He has maintained his passion for the water attempting water skiing and canoeing for the disabled and continues to go out with his Dad on powerboats, although sadly he will never be able to drive a boat again due to his physical and cognitive difficulties. He is keen to get involved in inspirational speaking to help others affected by brain injuries by talking about the challenges he’s faced and how he’s overcome them. We are just so proud of him!”