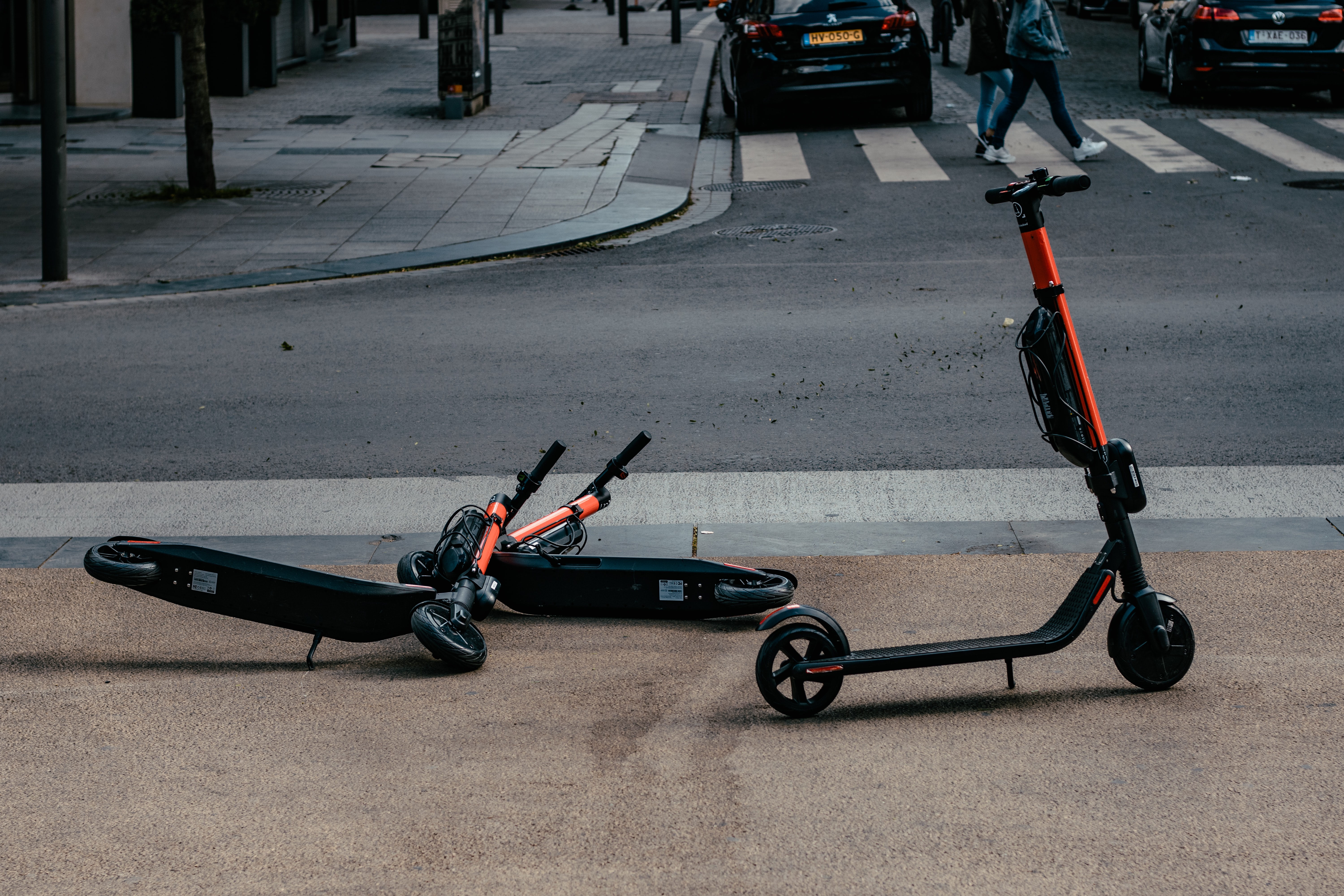 A grandmother, 71, has tragically  become the first pedestrian in the UK to lose their life after an e-scooter accident.

Linda Davis was walking on the pavement in Rainworth, Nottinghamshire last Thursday when she was hit by an e-scooter.

What are the current rules for e-scooters?

Government-approved e-scooter trial schemes are currently taking place in over 30 different locations across England and Wales. However, despite their popularity it is still illegal to ride privately-owned e-scooters on public roads, although this is likely to change as part of the upcoming Transport Bill. It is also illegal to ride an e-scooter of any kind on the pavement.

The minimum age at which someone can legally ride an e-scooter is currently 16, but anyone riding an e-scooter must also have a provisional or full driving licence which effectively restricts the minimum age to 17. This means the rider of the e-scooter that collided with Linda Davis was below the legal age. They were also riding on the pavement illegally.

Riders must also obey traffic laws and are not allowed to travel faster than 15.5mph. Despite this, there are reports that some private e-scooters are being tampered with so they can break these limits, with some having been found to have maximum speeds of up to 50mph.

Failing to comply with e-scooter rules can lead to penalties such as fines, or e-scooters being confiscated. However, there are growing worries that the rules surrounding e-scooters are not as clear or as firmly enforced as they should be.

While Linda Davis’ death was the first pedestrian fatality caused by an e-scooter in the UK, data has shown a sharp increase in the number of accidents involving e-scooters in the past couple of years, some of which have required hospitalisation. Other countries have already seen a number of pedestrian deaths caused by e-scooter collisions. This has prompted action from organisations such as the Parisian authorities, who have restricted e-scooter speeds to 6mph in busy areas in an attempt to prevent further accidents.

Annabelle Turner is a specialist solicitor in Novum Law’s   team. She says:

“E-scooters are a convenient, sustainable and enjoyable way to get around; however, they are extremely dangerous when they are ridden on pavements – particularly at speed – and it is against the law to do so.

“Government legislation on e-scooter usage is expected, but in the meantime it is vital that more is done to raise awareness of the dangers of riding e-scooters and improve riders’ knowledge of the current safety rules. In addition, there needs to be better monitoring and enforcement of existing e-scooter rules.”

If you or a loved one has been hurt in an that wasn’t your fault, Novum Law’s team of specialist personal injury solicitors might be able to help on a ‘No Win, No Fee’ basis. To find out more, contact us on Freephone 0800 884 0777, email info@novumlaw.com or complete our online form for a free, no-obligation chat.

It is One Punch Awareness Week (19-23 September) organised by the charity One Punch UK, which aims to raise awareness of the devastation that one punch can cause victims and...

Today (Tuesday 13 September) is World Sepsis Day, which aims to raise awareness of those affected by sepsis worldwide and focusing on its symptoms and sepsis prevention. There are around...

Concerns have been raised about the increasing numbers of asbestos cancer cases among ‘white-collar’ workers. Traditionally, those being diagnosed with the asbestos cancer mesothelioma, and other asbestos-related diseases like asbestosis...