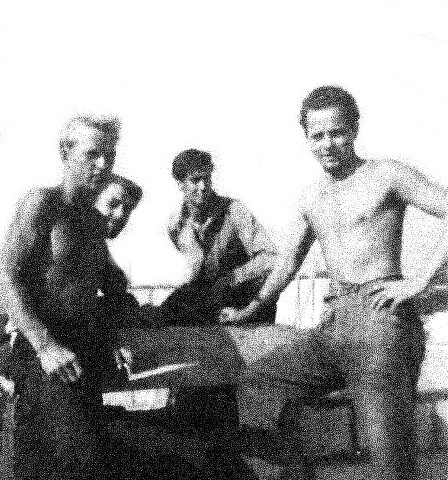 Maureen Ware, the widow of a former Croydon Corporation painter and decorator who died from asbestos-related disease, mesothelioma, is seeking help from his colleagues.

Her husband, Morris Ware, from Ilfracombe in North Devon, sadly died in August 2014 aged 77 after being diagnosed with mesothelioma, an incurable cancer of the lining of the lung, linked to asbestos exposure in March 2014.

Morris believed that his cancer was caused by exposure to asbestos dust while working for several employers, including the Croydon Corporation between approximately 1961 and 1963.

Before he passed away, Morris instructed specialist asbestos disease lawyers at Novum Law to help investigate his working conditions and uncover more information on the deadly asbestos dust at his workplace.

He told his solicitor, Andrew Stinchcombe, that he remembered working on a school on Scarborough Hill in Croydon where a full refurbishment was being carried out. Morris had to rub down asbestos ceiling tiles prior to painting them. He also recalls working alongside colleagues who were removing asbestos lagging from the pipework, and mixing up fresh asbestos powder to create new lagging.

Morris also carried out decoration works on new houses at a council estate in New Addington, Croydon, and was regularly exposed to asbestos dust during this work.

Since Morris’s death, his widow, Maureen Ware has continued his fight for justice.

She is hoping that ex-workmates and former employees of Corydon Corporation will come forward to provide further information as to how Morris could have come into contact with asbestos.

Andrew Stinchcombe said: “I would like to encourage anyone who worked with Morris at Croydon Corporation between 1961 and 1963 and has information on the working conditions to get in touch by calling me on 0800 884 0555 or by emailing me at: astinchcombe@novumlaw.com”