Appeal after wife diagnosed with mesothelioma in Plymouth

Appeal for help for wife diagnosed with an asbestos-related disease after washing carpenter husband’s clothing. 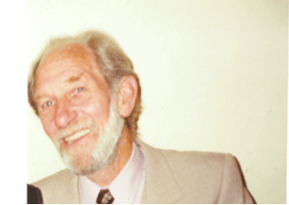 A Plymouth woman diagnosed with a terminal asbestos-related disease is appealing to her late husband’s colleagues for help after being exposed to deadly asbestos fibres while washing her husband’s work clothes in the 1960s.

Elizabeth Tookey (known as Mary), a mother of three and a devoted grandmother and great-grandmother, was diagnosed with mesothelioma in February 2017 after suffering from breathlessness for some time.

Her late husband, Herbert Tookey (known as Herbie) who sadly passed away in 1997, was a carpenter at Dudley Coles in Plymouth between 1965 and 1967. During this time, Herbie would come home from a hard days’ work covered head to toe in dust.  Mary would wash his work clothes every day and it was doing this which exposed her to the dangerous asbestos fibres.

Dudley Coles was a well known business within the Plymouth area, undertaking large contracts for the Council, including the construction of the Devonport tower blocks in 1964.

Herbie left Dudley Coles in 1967 when he decided to move the family to Australia.  In 1973, they returned to the UK, settling once more in Devon.

Mary is urgently trying to locate her husband’s former colleagues from Dudley Coles during the period he worked there from 1965 to 1967 to see if they can provide any information about the working practices there at that time.

Mary said: “The whole family are absolutely devastated at the shock of my diagnosis.

I had been feeling very breathless for a while and was admitted to hospital for a CT scan. This showed there was fluid on my lungs which was removed and tested and revealed that I was in fact, suffering from mesothelioma, a cancer of the lining of the lungs caused by exposure to asbestos.

“During my husband’s employment with Dudley Coles, I remember him working on Council properties within Plymouth and coming home every day completely covered in dust. I had to wash his work clothes constantly to get rid of all the dust.

“Before my diagnosis I was very independent and enjoyed getting out and about in my car.  Unfortunately my illness now means that I have become very reliant on friends and family.”

Mary is appealing to former employees of Dudley Coles for their help to investigate how she was exposed to asbestos dust and has instructed Andrew Walker, a specialist asbestos disease solicitor from Novum Law to help her and her family with their search for justice.

Andrew Walker said: “Mary and her family are understandably very shocked and upset at the diagnosis of her asbestos-related disease.

“Mesothelioma is a dreadful illness which causes significant suffering for its victims and their families.  Thousands of people die each year as a result of just going about their everyday lives and working to make a living.

“We are appealing to anyone who worked at Dudley Coles between 1965 and 1967 who can provide any information about the presence of asbestos and working practices during that period of time.“